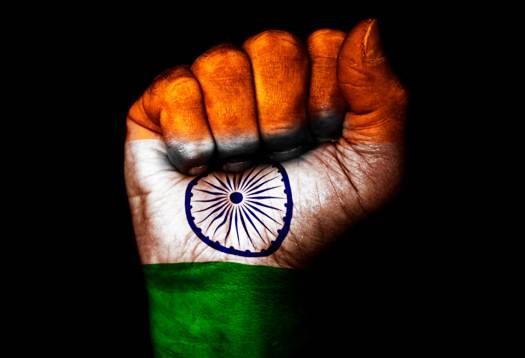 Great nations & civilizations are built upon a myriad of thought processes, each having its own governing principles that may not strike a parallel with the ‘others’. However, things take a hideous turn when people adhering to one ideological school begin to hound those whose ideologies are in stark contrast to theirs. The hounding & witch hunt that ensues is reminiscent of the medieval Europe where those against Pontiff & the church were witch-hunted & put on stake. This was a tactical master-stroke serving two purposes, one giving a fitting reply to the offender & second, brutally quashing voices of dissent across Europe( probably the practice was borrowed from the infamous horrors unleashed by the Great Khans of Mongolia across West Asia .)

India as a nation today, is a result of cohesion of ensemble of ideas developed over a course of thousands of years. The Bharat of Harshvardhana was realms apart from the one envisioned by Pulakeshin II & hence their ideas culminated into a battle in 641 AD. At the turn of the next millennia, Muhammad of Ghur would go onto avenge his defeat in 1191 AD in the succeeding year against a confederation of Indian princes. In the centuries to follow this event would continue to act as a perennial fodder for ‘overtly’ patriotic groups. In a democratic society like ours, the difference of opinion over a multitude of issues is in fact the essence of democracy. This is by far the single most potent force that prevents stagnation of ideas. Would the rainbow continue to appeal the eyes if it were of one single color? Of course not, it is indeed the seven hues that turn a rainbow into a mesmerizing treat. Through ages civilizations prospered through confluence of ideas, the ancient silk route running through China all the way to Rome was much more than a trade route, it helped revolutionary ideas like the numeric system to develop & Buddhism travelled all the way to central Asia with Indian merchants. The stories of Rama became a staple across South East Asia; the ancient capital of Thailand was named after the birth place of Lord Rama, Ayodhaya.

Post liberalization, the chasm between classes continued to grow unabated. The frustration that followed should have ideally triggered self-introspection however; the wider majority recoiled into a cocoon. Western influence was to turn the very first villain in the scheme of things to follow, obscene disdain for anything Western was disguised as patriotism. Thus, in a single stroke the dynamics of patriotism were to turn upside-down. Fear feeds on insecurities & short-comings, Western products & ideas were labeled immoral categorically opposed to anything Indian. This anti-West stance which was to find serious traction amongst the masses is inherently flawed as nothing in this world exists in isolation; interdependence is the law of nature. The Indian nation as we know it today is a direct result of intermingling of sedentary cultures like: Harappan civilization, the Gana-sanghas, monarchies of Gangetic plain & the non-sedentary cultures like: the Huns, Shakas & later the Turks & the Mughals. In the years to follow this hatred would grow to encompass everything that didn’t fall within an exclusivist idea of India based on hypothesis which can hardly be verified, for instance the Aryan Invasion theory tremendously popular is in fact an utter trash & finds no takers in the fields of archeology today. No sane soul can believe that a ferocious army of horse-riders subjugating every settlement over the entire northern plains won’t leave a single archeological trace of the bloody battles they fought. From an entirely different perspective, this invasion theory helps strengthen the crumbling institution of caste providing some fiendish historical credibility to the age old adage of the lesser born & the upper classes. Thus, as a consequence today, the charlatans of patriotism are ready with the drums of war labeling every other opinion that doesn’t concur with theirs as the diabolical utterances of naxals & anarchists.

The mighty legions of Rome could no more fend the frontiers of the empire when the Huns fell like swarms, not because the aggressor was formidable rather the internal power strife, bickering  &  unimaginable disdain for ‘others’ within the realm set in motion  a sequence that was to trigger the demise of a great civilization.

It is when, criticisms can no more be swallowed & change is despised, an entire nation crumbles under its own weight. 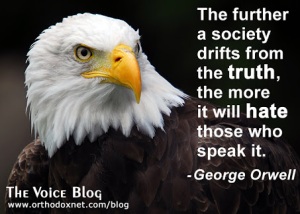