Imagine one fine day on a brisk morning walk as you prepare yourself for an enervating schedule, you encounter a band of children in soiled rags frantically pacing on dilapidated bicycles stuffed with sacks of coal. For many amongst us this surely is a 19th century throwback, a desi gold rush with our own forty-niners scrambling for the coveted black gold (coal) which continues to be the primary source of fuel for an energy hungry India.

At every crack of dawn, hundreds of villagers would fall on the nearest defunct coal mine like moth towards the flame in search of some coal which did survive the greedy paws of big mining companies. Some are mere pawns of coal mafias yet others are brave enough to work independently in a shadowy industry with uncertain returns. Imagine all of this happening in a region with a glut of coal & a myriad of other resource & you arrive here in our own Jharkhand.

So, what does one infer out of this?  Surely something did go wrong in the process of this superficial industrialization of Jharkhand & other mineral rich states .The haranguing socialists would want some sort of ‘wealth redistribution’ as an elixir for this menace crippling the lives of innumerable poor souls. Others would vociferously vouch for the’ eternal’ benefits of laissez-faire policy (trickle- down effect). Almost seven decades post independence; it’s safe to assume that both of these possible alternatives have returned miserably. The rise of Naxalism holds testament to the fact that armed struggle in hope of equality has in fact denigrated the same people whose sufferings it seeks to alleviate. How do abductions, blowing of schools & demanding levy from industrial establishments help bring equality in a society?One thumb rule is: violence begets even more violence. Actually it has let loose the Pandora’s Box, unleashing a vicious cycle of violence.

Excesses were committed by either side; Kangaroo courts & cold blooded murders of hapless adivasis (supposedly spies of government) or the extra judicial killings & systematic marginalization of adivasi communities (on part of the government & security forces). The blame game is endless & circuitous with proponents on either side casting aspersions on each other. The sad truth is nobody actually knows how to end this perpetual cycle of violence & status quo seems to benefit the ones in power & those vying for it. It ensures that political parties of all hues can invoke the minatory issue of naxal violence at will & easily cozen the gullible masses by proposing some whimsical remedy every time the state is bound for polls. The rise & fall of Salwa Judum, a counter insurgency militia supported by the Chhattisgarh state is a sufficient example of policy paralysis & lack of political will. Scores of adivasis were killed & innumerable rendered homeless as entire villages were shifted to ‘relief- camps’ (most of the times forcefully) creating thousands of internal refugees. The indifference of mainstream media in documenting such horrendous crimes speaks volumes about the way newsmakers in India work, they love to spin every nonsensical ‘story’ as some ‘breaking news’ whereas things that sincerely merit attention are deliberately muted.

Back in good, old days as policymakers opened the Indian economy to the world, there existed a sense of profound optimism. They thought foreign investments & expertise would work wonders for an ailing economy that has seen enough of soviet socialism with little tangible benefits. The rest is history; in a matter of less than two decades Indian economy was transformed from a perennial laggard to one of the fastest growing major economies.As the energy needs of the nation grew, scores of private players jumped to try their luck here. Numerous private entities were soon in the business of mining coal & iron ore. Just when the government was busy heralding the halcyon days of prosperity hoping that the fruits of industrialization would automatically ‘trickle down’ on the wider populace, they unwittingly overlooked something that went onto resurrect naxal movement across eastern India; land. New industries require land in fact huge swaths of land. In most of the mineral rich states like Jharkhand, Chhattisgarh & Orissa large tribal populations thrive on forest land; many animist traditions revere forest.In such a complex scenario obtaining land for industries is a tedious affair. For adivasis it was their ‘inalienable’ right on land that was being infringed for the alleged benefit of private entities. The naxals turned their messiah & the state a malevolent adversary.

Working in binaries & painting everything as either good or evil sets a dangerous precedent .There are large conglomerates doing commendable philanthropic works like the Tatas in Jamshedpur earning the goodwill of numerous locals. However, this alone can never be a substitute for an all around progress that must accompany industrialization. It is incumbent on the state as well as large industrial houses to foster a sense of collectivism to ensure that locals (particularly adivasis) don’t develop a sense of alienation. Large industrial houses offer little material benefits to the regions hosting them & unless this is put right the vicious cycle of poverty, misery & apathy would continue provide fuel to naxal violence. 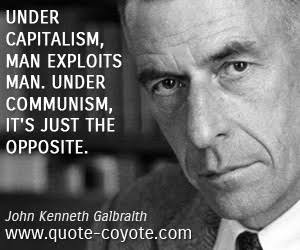 2 thoughts on “The Less Told Story Of India’s Adivasis”