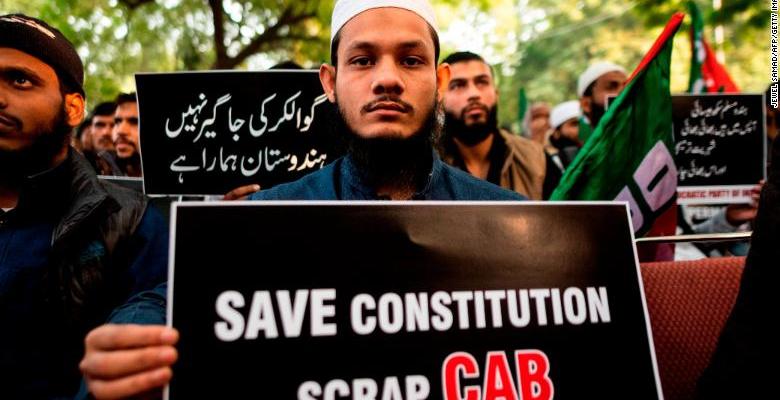 We are witnessing a watershed moment transpire. The Citizenship Amendment bill 2019, now a law essentially dismantles the ethos and the premise of India. It wouldn’t be an exaggeration if I were to say, what we saw yesterday was a betrayal of the idea of India many singed up for. The edifice of secular democracy was long developing fissures, CAB only hastens and brings us closer to the eventual rupture in India’s delicate social balance. In the garb of promising refuge to the persecuted minorities of Pakistan, Bangladesh, and Afghanistan, the Indian state has shrewdly introduced a religious test for persecution.

The government’s reasoning rests on a thin presupposition that Muslims can’t be persecuted in a Muslim majority country, conveniently perpetuating the myth that Muslims are a monolith. Shias and Ahmadiyyas are regularly targeted for their ‘deviant’ beliefs. The Hazara persecution in what is now Afghanistan is a relentless phenomenon since the 16th century. Why do we stop at Pakistan, Bangladesh, and Afghanistan? Tamils from Sri Lanka survived three decades of civil war with over 100,000 killed and 800,000 displaced permanently. As the Human Rights Watch noted in 2019, Muslims in Sri Lanka have long been targets of riots, mob-violence, and arbitrary arrests. Similarly, Rohingyas were ethnically cleansed across the Rakhine state of Myanmar at the behest of the military dispensation and Buddhist extremists. What then disqualifies Tamils and Rohingyas from expediting their naturalization? Sri Lanka, Bangladesh, and Myanmar are textbook cases where linguistic, ethnic, and political persecution is far more conspicuous.

What litmus test did the GOI deploy to rank religious persecution above others? Many thickheads including the HM argue, partition naturally divides India into religious lines therefore this law is a course correction. To such halfwits, I ask, where does Afghanistan fit in this scheme of partition? How about atheists who often end up living a double life or face threats to life? What gives the regime this temerity to arbitrarily define and rank persecution?

Once you dig deep, you realize this has less to do with addressing persecution in neighbouring countries as if India is a beacon of peace. BJP promised the Assamese people that they would ‘weed out’ illegal migrants. Marinating in its own mediocrity and blinded by its majoritarian propaganda they believe all migrants from Bangladesh are Muslims. Of the 1.9 million left out of NRC about 1.2 million are Hindus, realizing its Bengali Hindu vote bank would be up in arms, they swiftly labelled NRC error-ridden and hence the need for this draconian CAB to protect its vote bank while leaving the Bengali Muslims to fend for themselves. The regime has only cleaved the ethnic divide in Assam though they hoped Hindutva would trump over ethnic identity. Unless the regime orchestrates another Nellie (anti-Muslim pogrom) there’s little chance of reconciliation between the Assamese people and Bengali Hindus. On the surface, protests may seem like ordinary people standing up to this fascist regime. In reality, the Assamese resistance against CAB is a classic case of xenophobia. They essentially want all the migrants out. The Assamese movement has a history of violently targeting migrants from mainland India. GOI enforcing CAB only creates a fertile ground for reviving ULFA and other splinter armed resistances across the North-East.

Seemingly, the hornet’s nest is stirred, once CAB in conjunction with NRC is imposed, it promises detention centres from Karnataka to Assam teeming with famished and poverty-stricken Muslim families for the perverse entertainment of India’s middle-class Hindus. After all, this thumping mandate was for officially reducing Muslims to second class citizenry.