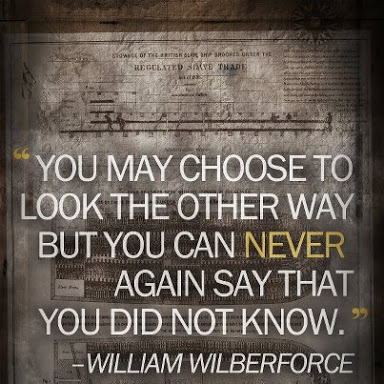 And thus broke his dreams an umpteenth time. The man with his hoarse voice continually uttered things as the boy tried to overcome his sleep, “Ajit, wake up, you scoundrel, it’s time for the work.” So, he was Ajit, the miserable, whose life had turned upside down in a matter of minutes. Here he was in a dingy lit room with a man he never knew; possibly he’d have never known this hideous creature had destiny not played this callous trick on him.

Guess you’d wish to know his surname too, maybe that would clear the air on his life or at least help you figure out if he really deserved your affection & time (caste things, only an Indian can tell!). Peek-a-boo! Dear sirs, the face still is hidden. There were thousands of Ajits who lost everything, their homes incinerated & families obliterated. It’d be obnoxious to forget their ‘sacrifices’ in making of a stronger & democratic India ( pun intended) where only the weaker classes turn sacrificial lambs for the greater good of the nation.

Hope never ceases, even in the bleakest of conditions when you see that ominous tempest gathering, hope continues to anchor life. Bimal Kissan, a tribal youth from Naxalbari has won a judicial order that essentially permits him to plough his land without seeking permissions from zamindars (landlords).  To allow those peasants & other filthy ‘scum’ even a little liberty is a dangerous proposition, this can in no time transform itself into a full- fledged insurrection against the state. The goons knew it & those fat- bellied zamindars knew it even better, armed with rifles & lathis they pounded Kissan & other peasants who dared to defy their diktat.

Thugs hired by local zamindars were let loose on the village. Armed with cans of kerosene & rifles, they burned down houses, at times killing those villagers who chose to resist. The police, as is their cardinal duty chose to turn a blind eye & thus connived with the zamindars.  Amongst these goons, a few had been specifically instructed to incinerate a  local family whose patriarch a few years back chose to defy the all- powerful zamindar sahib of Naxalbari by not working & toiling on his land, rather choosing a job of a help at a general store in Calcutta. You see, choices do define how our lives would unfold.

Ajit had this habit of running into the lush green rice- fields; there he could easily escape the world & its prying eyes. He’d let his mind hover over a myriad of thoughts which were exclusively his with no any form of external intrusion allowed.  His mother rebuked him lightly, “Ajit, dear son, why won’t you play with your friends? It doesn’t suit a child to be lonely all the time, people will call you insane!”. He wasn’t in a mood to listen to all of this once again, as if it were a daily ritual for his mother to ask him things whose answers he barely knew. So, he ran through the wooden door towards the rice fields, into his favorite haunt.  The rice crop during this time of the year scarcely grew to two- feet in height; it could barely conceal Ajit within itself. Maybe God also had made his choices firm, Ajit henceforth, shall no more be shielded & this rice- field was to turn more than an abysmal metaphor for his entire life.

An hour later, he heard shrieks coming directly from his house. Alarmed the boy ran towards his home, with grotesque & terrifying thoughts lingering tears fell from his eyes. It was as if the most horrible of nightmares manifesting themselves. The shrill voices were of his parents, the house had been set on fire, kerosene cans littered hither & thither. He broke down, with tears turning into loud wails; the people who were a universe to him no more existed. It was a catastrophe which he just couldn’t brace.

To rob a rich of his opulence is a heinous crime & to perpetrate the same on a poor soul is an unflinching obligation of the masses.

Ajit is busy preparing his stall with bright stickers, some printed & others hand- crafted. As he readies himself for the annual Dusherra- fair, thoughts which he had long buried & shunned begin to overpower him, of the annual mela in his village where he ran as a carefree child, of the brighter stalls & meticulous files, of the crumbling path that took him to his rice- field, of his escapades with loneliness & above all of his parents who paid for their ‘felony’.

Maybe things in life just don’t end in black or white (as in some of those glorified stories) rather they choose to linger somewhere in between as the grey hue, lesser intense & dull yet the most profound, epitomizing those unmet expectations of life that failed to see the dawn.